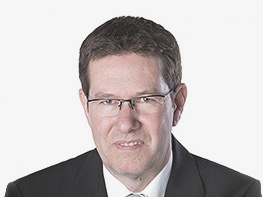 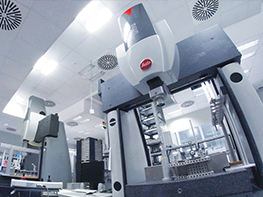 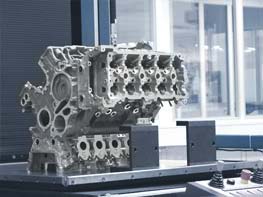 If it gets really complicated ...

Planning of 3 Hightech measuring rooms with a total surface area of 1,960 m² with air conditioning requirements better than Class 1 and class 2 in accordance with VDI 2627. .

Integration of the measuring rooms into an old building with low room heights, extremely low suspended ceilings and existing installations for the four-floor building situated above it.

Uninterrupted operation of the existing building during the renovation of the measuring rooms.

The existing ventilation systems for the former assembly areas were outdated, were situated underneath an awning for loading purposes and could only be used in a stooped position.

As a future site for the new technical center, this situation appeared “totally inconceivable”.

The originally planned exhibition area for the new technical center, with 11 ventilation / full air conditioning systems, the complete cooling and heating system, as well as the other functional units directly above the measuring rooms, was not approved. “An unconventional solution had to be found.”

The existing building structure required an unusual ventilation of the four different functional zones so that the required ambient conditions could be achieved. The highest climatic accuracy was demanded in the precision measuring room:

The highly complex air conditioning / cooling and MSR technology was planned for incorporation into a technical center floating 4 m above street level, which had to be integrated into the existing truck loading area without the loading area being allowed to be taken out of operation in the process.

Due to the extremely limited space, the primary and secondary air conditioning systems had to be designed with the lowest possible volume flows, yet with the highest operational safety.

For the high-priority dehumidification tasks, a built-in cooling supply system with low temperatures (0/4°C) was planned and installed.

Since the precision measuring machines jut into the suspended ceilings, split-level ceilings, cavities and sub-sections have to be taken into account in the suspended ceiling from a climatic viewpoint. The installation of the system engineering, which was already extremely limited from the outset, was thus even more extremely hindered — partially still during the implementation stage. Due to these additional hindrances, the airflow in the room took on a very special significance. This task was masterfully resolved in collaboration between planners and supplying company Schako.

The solution of the room and space problem was provided by a “floating” technical center inserted in the existing awning.

Due to the extremely limited space, a highly compressed yet still easily accessible technical center had to be planned and created.

The client had demanded high-precision measuring room climates for his new, highly complex product line. The new air conditioning systems met or in many cases exceed the operational requirements. Even during the hottest Summer since weather recording began, in July/August 2015, the systems worked with the highest precision. The measurement evaluations below reflect the measurement values of the hottest day of the year in 2015: